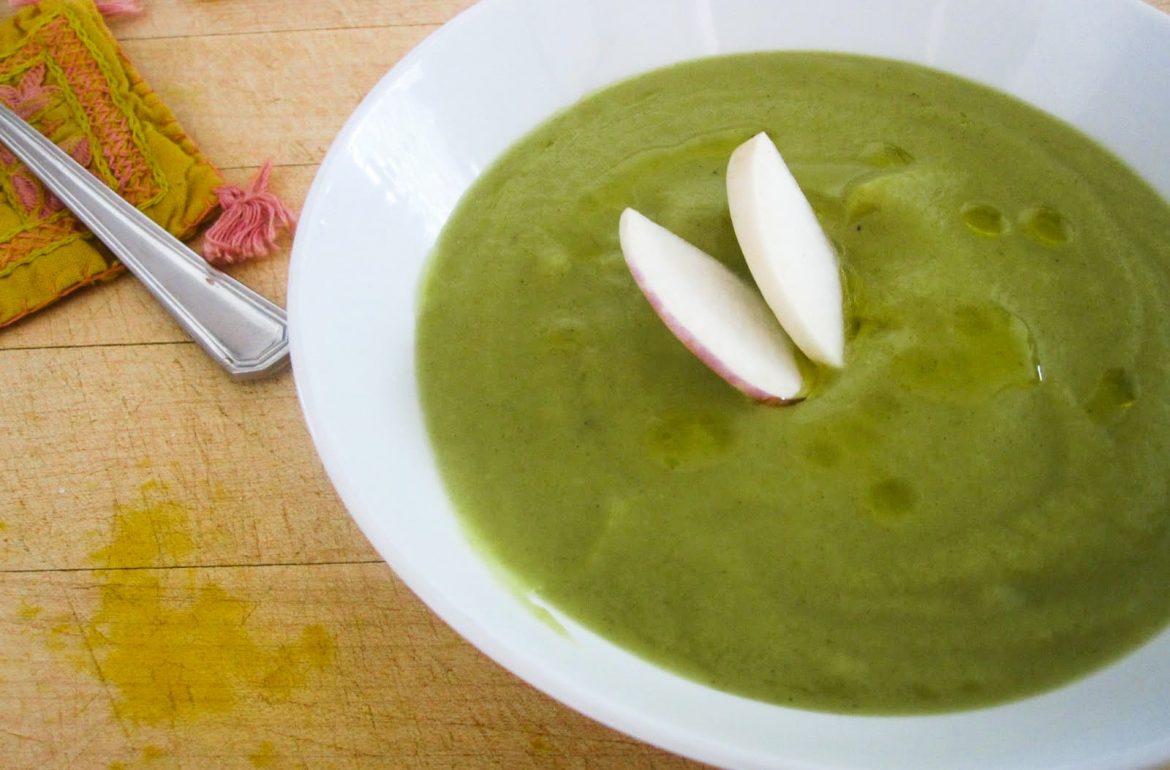 How has this winter been treating you?  We’ve managed to stay pretty healthy.  Well, except for that terrible chest cough that everyone seems to be sporting.  You know, the one that overstays it’s welcome by about a month.  Both girls got it.  Soleil was hit especially hard for a couple of days. Each time she coughed she sounded like an eighty year old man who has spent sixty of those years puffing cigarettes.

A chest cold – bronchitis, respiratory infection, whatever you want to call it – is not fun. So when I was going through all the goods in my weekly farm box a couple of weeks ago and dug out a bunch of turnips, it became very clear what needed to happen.

This will cure you.  Yes, there it was again.  The Whisper. 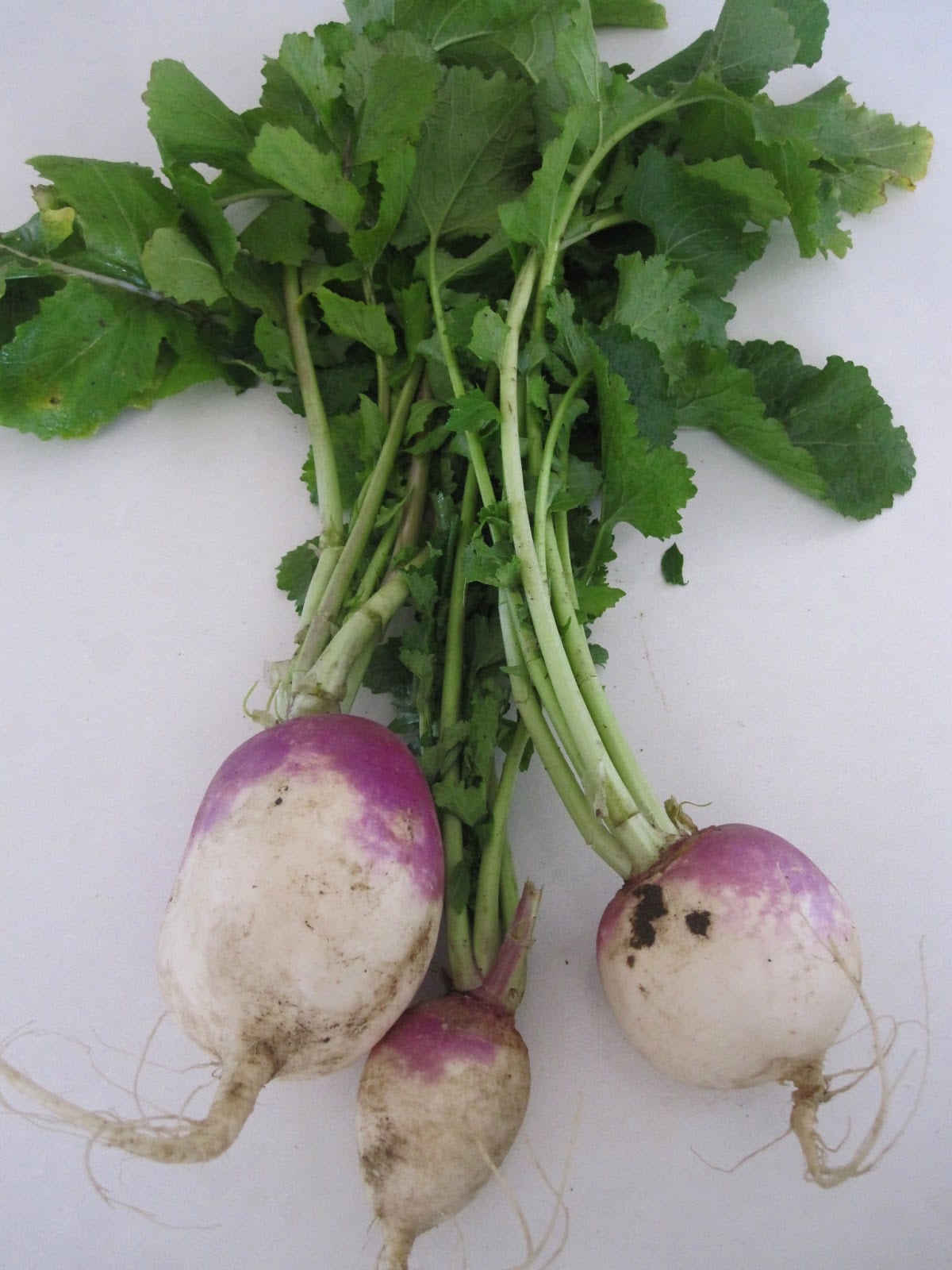 Got a hacking chest cough?  Eat some turnips.  That’s the way it was in our house.  Usually made into an “ash” (sounds like wash) which is like a thick soup.  I wasn’t sure if the girls would be into a turnip ash – ash e shalgham.  Things were a little touch and go with all the coughing, but I knew a silky, blended soup would at least get their attention.

Most stores cut off the turnip greens, which is a shame because not only are they tasty (something along the lines of kale, mustard greens and arugula) but they are packed with vitamins and minerals – vitamin K, calcium, vitamin A, and beta carotene to name a few.  Add that to the vitamin C and potassium in the bulb, and the medicinal properties in onion, garlic, turmeric and cinnamon; and you have the makings of a this will cure you soup.  If you can’t find turnips with the greens, you could use some cilantro or parsley.  I also had some yukon gold potatoes left over from the previous weeks’ farm box and thought they would nicely thicken the soup and give it its silky texture.

And then, there it was.  The lone granny smith apple.  Perched on the counter.  Perfect.  A little sweet, a little tart.  Does it help a cough?  I have no idea.  But I quickly grabbed it  without any fanfare so as not to bring any attention to it.  (Apples are a hot commodity in our house and I surmised it would be very difficult to explain to a 6-year and a 3-year old why the only apple left in the house was going in the soup pot.)

We enjoyed the soup for lunch and the following day as an after-school snack.   Were the little ones cured of their coughs?  Eventually, yes.  Did the soup play a part in that?  Most certainly yes.  It soothed, it comforted, it nourished, it brought us all to the table.

* Update: I had orginally written 3 yukon gold potatoes – what I meant is 3 BABY yukon golds.  It has now been corrected below.

2 – Add the turnips, potatoes, and apple.  Add the turmeric, cinnamon, pepper and remaining 1/2 teaspoon of salt.  Stir to coat and cook everything for about 8 minutes.

3 – Add the stock and bring liquid to a boil.  Once at a boil reduce heat to medium-low.  Add the greens.  Cover the pot, and simmer for 15-20 minutes or until all vegetables are tender.

4 – Puree the soup in a blender or in the pot with an immersion blender.  Adjust seasoning according to taste.  Serve the soup with a little drizzle of olive oil.  Sprinkle a little salt on the sliced turnip and place on top for a little crunch.

Enjoy right away!  The soup will keep in the refrigerator for up to 3 days or in the freezer for up to a month.